Despite Far Cry 5 and Sea of Thieves selling mostly on Playstation 4 and Xbox One, there are surprisingly no new entries for the top ten PC chart games this week. The near future also seems dismal, with no AAA games scheduled to release in April.

Four of The Sims 4’s expansion packs have also moved up the charts this week, with The Sims 4: Cats & Dogs, The Sims 4: Get to Work, The Sims 4: City Living, and The Sims 4: Get Together all flashing their green plum bobs at three, four, five, and six, respectively. This week has been an absolute triumph for EA’s hugely popular The Sims 4, which is number one, as expected.

The Sims 4 has been in the top ten PC games since 2014, consistently outperforming rival titles because of the constant stream of expansion and content packs produced by The Sims Studio.

The Sims 4 seem to be doing another back and forth with Football Manager 2018 as the latter falls to number 2 this week.

The much-anticipated new release from Ubisoft, open-world FPS, action RPG Far Cry 5, debuted at number one this week. Xbox One gamers also have the opportunity to protect Hope County from cult villain Joseph Seed in this week’s featured game.

Forza Motorsport 7 has all the same features as Gran Turismo, including stunning graphics,  large selection of vehicles, and various track and racing modes and car customizations. However, most players think Forza is a very different game because it emphasizes arcade action style racing rather than simulation.

More than 700 vehicles in more than 200 distinct combinations are available in 32 locales in Forza Motorsport 7. With an Xbox One X, the game can run a full 4K at 60 frames per second and HDR, thanks to updated visuals. The addition of microtransactions and purchases to get the higher-end cars and car restrictions for specific racing types have drawn criticism from longtime series fans. Sadly, AAA game makers are increasingly using novelty sales to extract more money from players; the failure of Star Wars: Battlefront II serves as a great example.

The usual suspects, like the epic battle royale Playerunknown’s Battlegrounds, the classic wartime Call of Duty: WWII, and the king of football games FIFA 18, are moving up this week and have dominated the chart across PC, PS4, and Xbox One for the previous several months.

Assassin’s Creed Origins, which has witnessed a steady rise in sales with the release of the game’s second DLC, Curse of the Pharaohs, is also moving up the Xbox One leaderboard to the number seven spot.

A Way Out is at number nine, Grand Theft Auto V is at number 10, and Forza Horizon 3 is at eighth place in the Playstation One charts.

I do not doubt that Microsoft’s exquisitely made open-world, online pirate adventure, RPG Ocean of Thieves, would be spending another week at the top if it weren’t for the arrival of Far Cry 5 this week. An ambitious chart game with a lot to offer is Sea of Thieves. Being the first AAA product themed on pirates, the game has a particular edge over other competitive matches that are presently available.

The highly anticipated new game from Ubisoft, open-world FPS action RPG Far Cry 5, which is this week’s CXG highlighted title, debuted at number one this week and may not come as a surprise.

The plot of Far Cry 5—a video game set in the fictitious town of Hope County—focuses on a stronghold known as Project at Eden’s Gate and the player’s attempts to free Hope County from the rule of the cult’s leader Joseph Seed.

Far Cry 5, the series’ fifth major installment, has drawn conflicting reviews from players and gaming websites, with some praising it as one of the finest games ever created and others labeling it a total failure.

Regardless of the negative reviews, Far Cry 5 features a compelling narrative and offers the standard RPG combat, vehicular, and airborne action that fans have grown to love from the franchise. As you’ll see in the game’s opening cinematic, Joseph Seed, the antagonist, is the vilest and spookiest Far Cry villain ever. Hope County seems to be quite of a significant size and offers a lot of sights to view as well as activities like fishing, and hunting as well as defending inhabitants from religious zealots.

I believe Far Cry 5 will be firmly positioned in the top 10 chart titles for Xbox One and PS4 for a considerable amount of time, regardless of how players evaluate this title.

From Naughty Dog, a highly renowned game development studio, Uncharted: The Lost Legacy is a spin-off game for Playstation lovers of the Uncharted series. It is another new release this week. Chloe Frazer, a prominent character from earlier Uncharted games, takes the primary role in Uncharted: The Lost Legacy, the first game in the series without Nathan Drake. Uncharted: Lost Lost Legacy seems to be a pleasant diversion from Nathan Drake’s narrative and will give the franchise a new angle. This week, it enters at number seven right away, but I believe it will go up.

The number two spot is still held by FIFA 18, which has climbed (again), with Crash Bandicoot N.Sane and Call of Duty: WWII doing well at positions three and four, respectively.

The second DLC for the game, Curse of the Pharaohs, likely helped Assassin’s Creed Origins make its way back into the top ten this week, moving up to position nine. Meanwhile, Sony’s independently developed racing game Gran Turismo: Sport has returned to the top ten of the PS4 chart games thanks to several recent updates.

The two games that are this week’s sliders are EA’s ambitious multi-genre co-op game, Asian RPG Ni No Kuni II: Revenant Kingdom, and A Way Out which is presently clinging to places six and eight, respectively.

The epic crime-sim Grand Theft Auto V, which has been losing ground recently, is surprisingly among this week’s sliders at number ten. Since GTA Online has been updated every week, I don’t think this is a reflection of the game’s quality or players’ interest in the title, but rather likely has more to do with the fact that everyone on the planet now owns a copy. Nevertheless, given that the game was launched in 2013, it is amazing that it is still in the top 10 charts.

This week the Nintendo Switch has no fresh releases, and there aren’t many AAA games scheduled for it either. However, there appears to be a notable lack of developers, and most of the games that are now accessible and worthwhile investing in are released by Nintendo directly. Despite this, the top 10 chart titles are of outstanding quality.

But some fantastic AAA films are coming in the next days and months, beginning with South Park: The Fractured But Whole, debuting on April 24, 2018. The Mario release schedule is available here.

Mario Kart 8: Deluxe, which has held the top position for three weeks straight, is followed by Super Mario Odyssey, which debuted at number two.

After climbing the ladder this week, the super-cool, blue-haired hedgehog Sonic has reentered the rankings and is now holding down the tenth spot by the knuckles. Just Dance 2018,  FIFA 18 and Legend of Zelda: Breath of the Wild have all moved up the chart game rankings this week, securely occupying spots nine, six, and three, respectively

As Kirby: Star Allies & Mario + the Rabbids Kingdom have slid to places four and eight, respectively, this week has been most difficult on Kirby, who has only been on the Nintendo Switch ladder for a short period, has witnessed a gradual decline after doing so well upon introduction. In contrast, Mario and the Rabbids have been a regular fixture in the middle of the chart for a while.

This week has been rather dramatic, with sequels to huge AAA games like Uncharted: The Lost Legacy, Forza Motorsport 7, and Far Cry 5 leading the way through the platform rankings.

I don’t believe Far Cry 5 will defeat Sea of Thieves so easily, and FIFA 18 doesn’t like to be tossed about, so it will be fascinating to watch which games dance around the number one and two slots for consoles over the next weeks.

GTA V has a peculiar week as it drops significantly in the console rankings, but GTA is not one to take things lying down. Given the recent ban wave disaster and the horrible number of modders, hackers, and cheaters, it’s surprising that the game seems to have purchased more copies on PC. However, Rockstar Games are presently attempting to resolve the problem, but given the magnitude of GTA Online, this likely takes some time.

Nintendo Switch has had a frustrating few weeks as it seems unable to generate enough AAA titles to keep players engaged. Instead, we are left with the same games that were available at launch, which appear to be messing around each other in an endless dance of mediocrity. There are several intriguing games in development, but they are still fairly in the future—the following AAA game won’t be available until April 24.

A Sims-dominated PC ladder finally emerged, with Sims games taking over half of the rankings. With EA’s recent statement of “interesting news” coming soon, one might imagine, but whatever it is, I believe it will be highly beneficial for The Sims’ continued growth. This game doesn’t appear to be going away anytime soon. 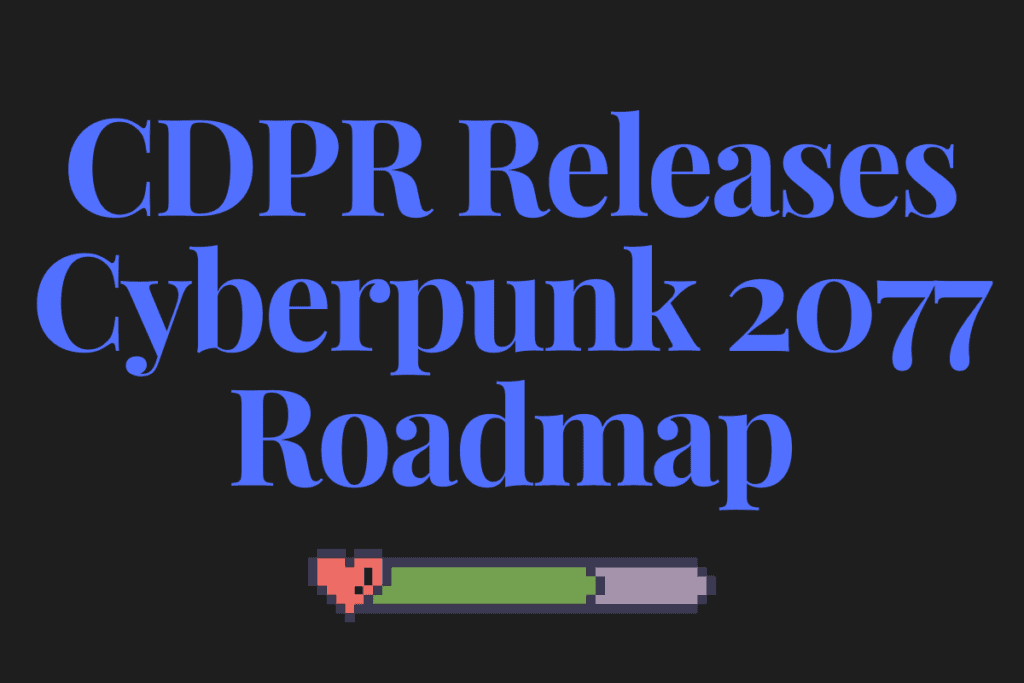